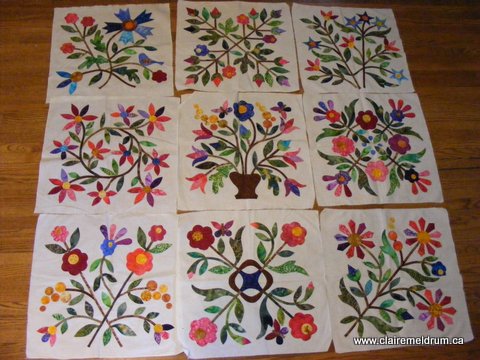 I’ve reached a big milestone with my LBQ applique project. I’ve finished cutting and prepping all nine of the centre blocks.  Each block has between 45 and 75 individual pieces, so I’m approximately 60% of the way through the prep.  Here are some close-ups, in no particular order. 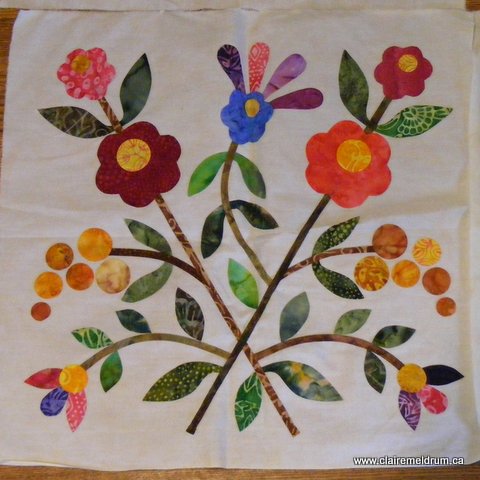 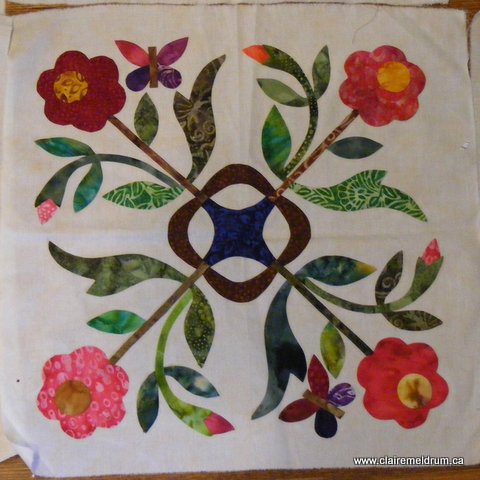 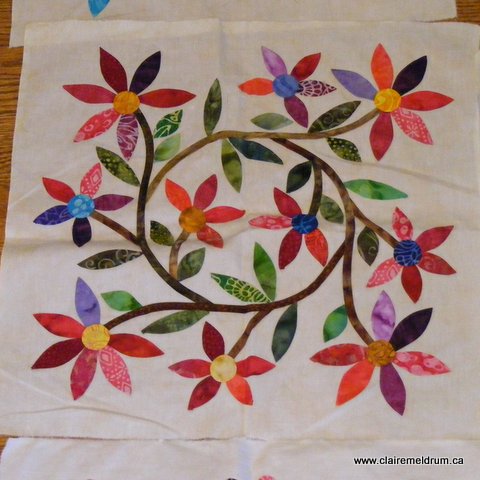 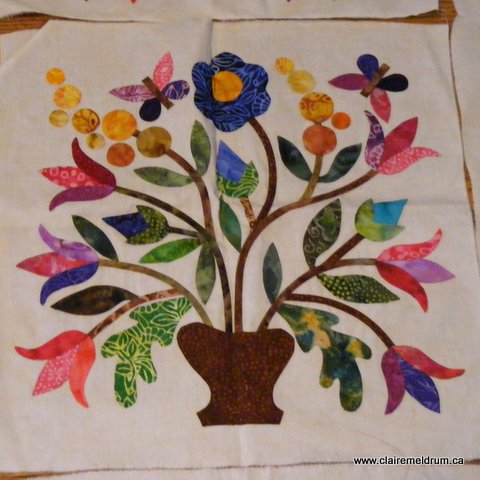 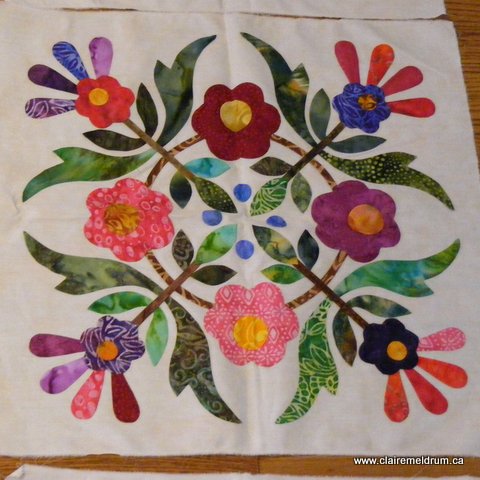 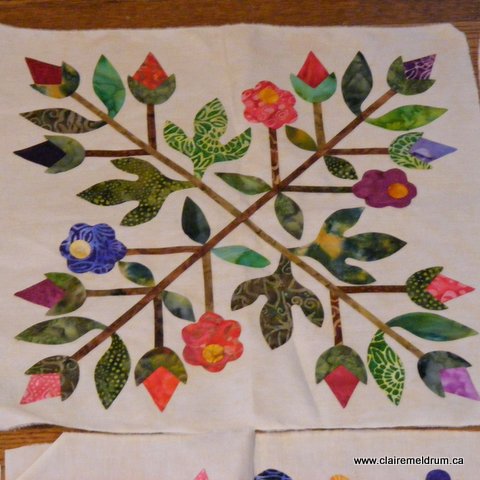 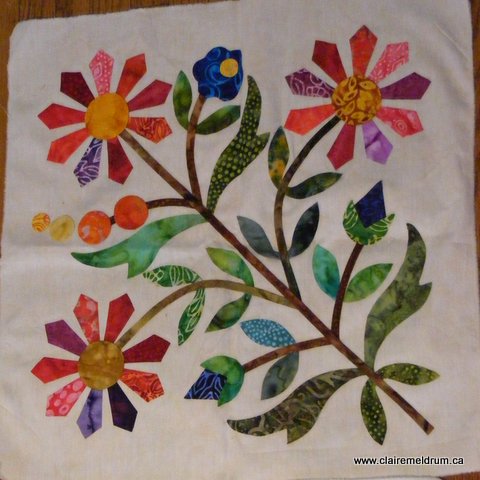 I think they look fantastic, don’t you? I had to put it on the back burner before Christmas because work was crazy but since the New Year, I’ve been a girl on fire and  finished four complete blocks. This one’s still missing flower centres but that’s TV work!  Each border piece has more than forty circles and petals that require gathering stitches so a few extras in the to-do stack aren’t going to matter all that much! 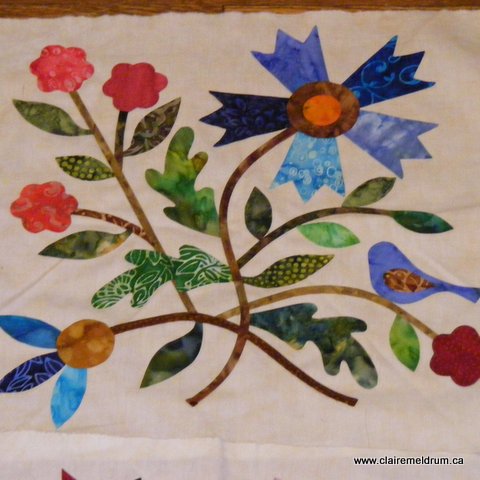 During my first update, I calculated that each of the blocks took about 10 hours to cut and prep; with practice, I’ve cut that time down considerably and can now complete an entire block in about 6 hours. 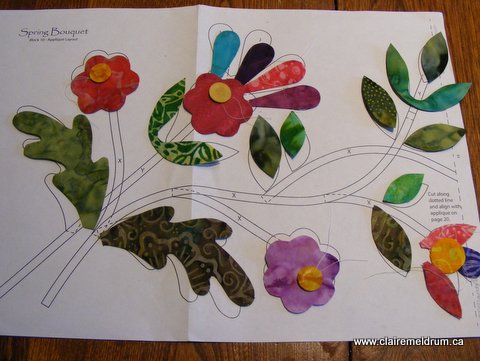 Now I’m tackling the borders. There are 104 pieces in each border, (but who’s counting? ha!) plus all the bias stems. Like the blocks, I’ll be cutting the borders oversized and then trimming them down once I’ve stitched down the pieces permanently.

As you can see from the photo above, I’ve started on the first of them but I still need to cut the backing fabric for them. We have a snow day today. I can’t think of doing anything nicer than working on a quilt project, warm and toasty, while the snow falls outside.