These Valentine’s mail pouches were easy to make and a ton of fun.  I got the tutorial for them on the At Second Street Blog.   Nice step by steps with photos and they take hardly any fabric at all, which is nice when you’re trying to use up the “too big to toss but too small to sew with” sized scraps. 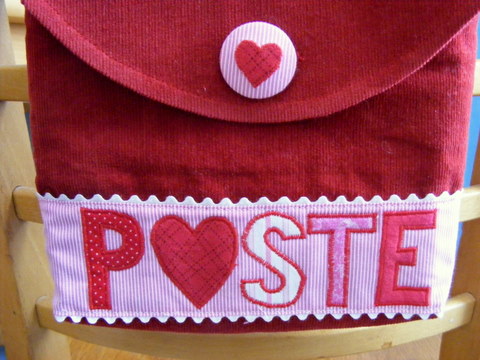 I made two and they’re identical, save for the language. One says “Mail” and the other “Poste”.  My oldest is in French Immersion, and all his classes are conducted in that language but the youngest one doesn’t start ’til next year. 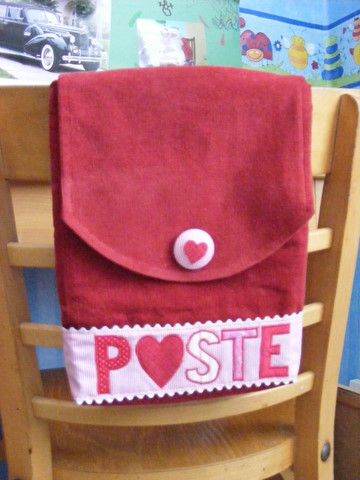 Dialed back on the ruffliness factor – the corduroy gives some texture without being too fancy or girly and the only trim I added was a band of white ric-rac top and bottom to the wide, pink band. 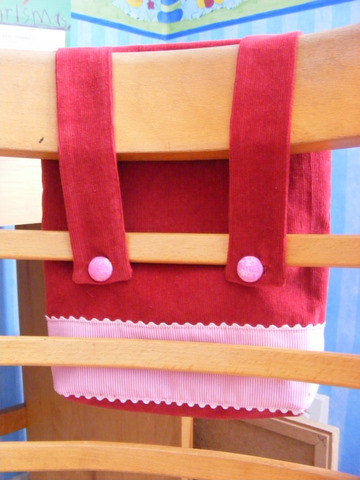 The lining is the remains of the fabric I used for “Flower Power“.  The red and white dot is cute without being overwhelmingly “Valentine-y”. 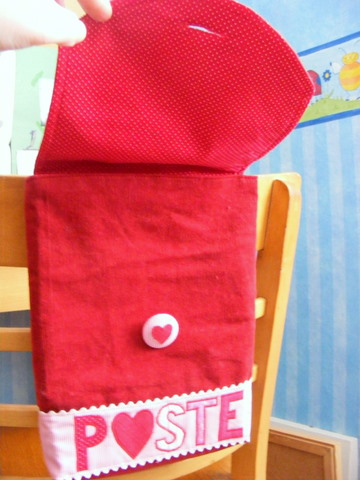 Everything – thread, fabrics, lining, interfacing, applique fabrics, and the small buttons – were stash. 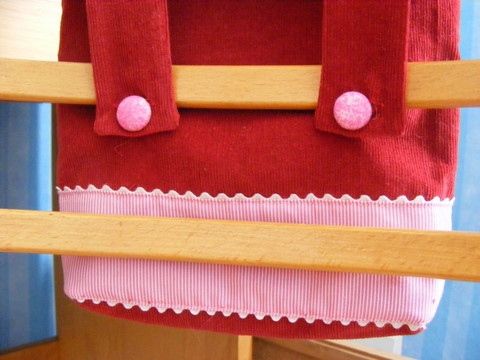 The only thing I had to purchase were the large 1 1/8″ buttons. Frankly, they’re my favourite part. Aren’t they adorable?  I cut out itty-bitty hearts and then appliquéd them down to the pink and white stripe, leaving a big space between each, so I’d have enough room to cut out each button.  Much easier to manipulate a 6″ x 6″ square than it is to try and sew on a 1 5/8″” circle. 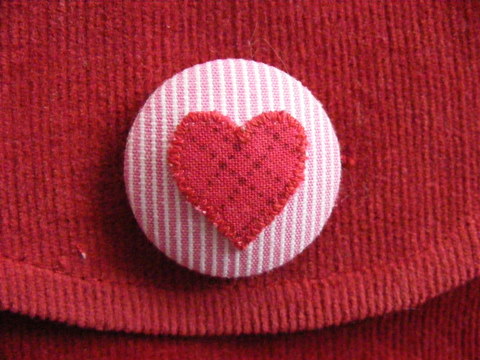 I don’t have an embroidery machine, so for all of the appliqués, I used fusible web and drew the letters and the hearts freehand, then zig-zagged them in place with a narrow satin stitch. Easy as pie. I used a tearaway stabilizer under all of the applique. It doubled as the interfacing, too. Hardly a couture technique but it saved me a step and grief by allowing me to simply spray baste the stretchy corduroy (which was super stretchy!) fabric on top. Then I just treated the two layers as one and I didn’t have to break out my walking foot to deal with the serious creep factor. 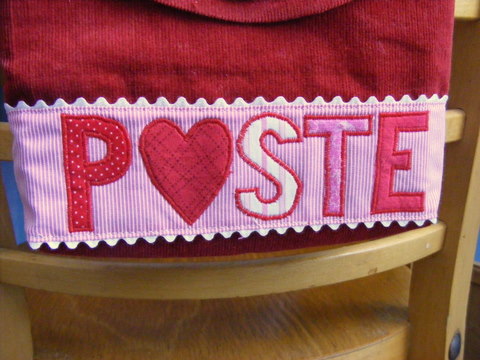 The boys love ’em and David has already put in a request for an ‘everyday’ pouch to hang on the back of his chair. I saw some really cute frog fabric at the quilting store last week that would be perfect as a lining.