Posted by Claire on Jun 18 2015, in Baltimore Album Project, Embroidery, Sewing for Children

Here’s a cute pair of capris that I made for my niece, Ellie. 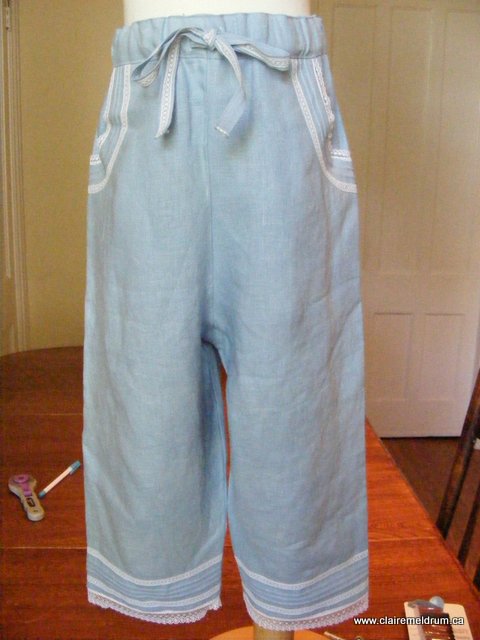 I started these back in February during Laura Johnson’s stash buster contest but didn’t get them finished up until recently.    Laura owns Ellie Inspired, which does a lovely range of downloadable patterns, many of which include smocking.  I was inspired by Kari Mecca’s heirloom cargo pants from the book Sewing with Whimsy, but modified the final product based on what I had in my stash.  Ellie (my niece Ellie, not Laura’s Ellie) is a busy, active girl and I didn’t want her to have to worry about skirts while she’s zooming around.  I think this is a good compromised for heirloom sewing.  Classic materials, classic details, modern pattern. 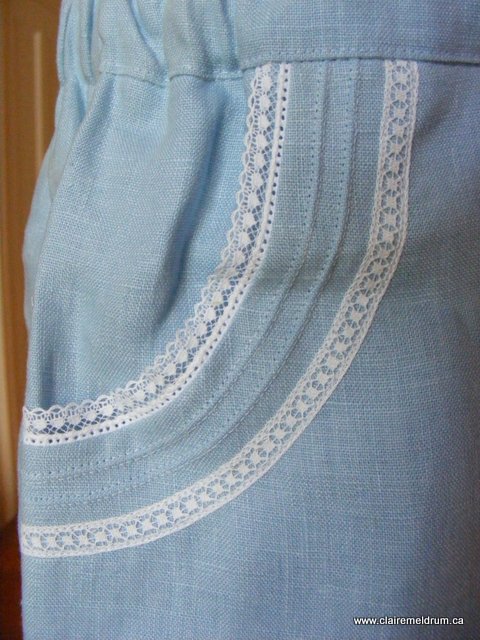 I used leftover linen, three different white laces from my stash, 1 yd of blue twill tape and some not-so perfect entredeux and then made corded pintucks.

I used the bottom pants from EI’s Lil Bluebird but I made a couple of changes to the pattern.  I added pockets, removed the cuff at the bottom edge and made a sew-on waistband instead of a simple fold over casing like Laura’s pattern indicated.     I made the top several years ago in a toddler size, and it’s very flattering, too.  I just didn’t have anything in my stash that would work and I know Ellie has lots of cute white t-shirts. 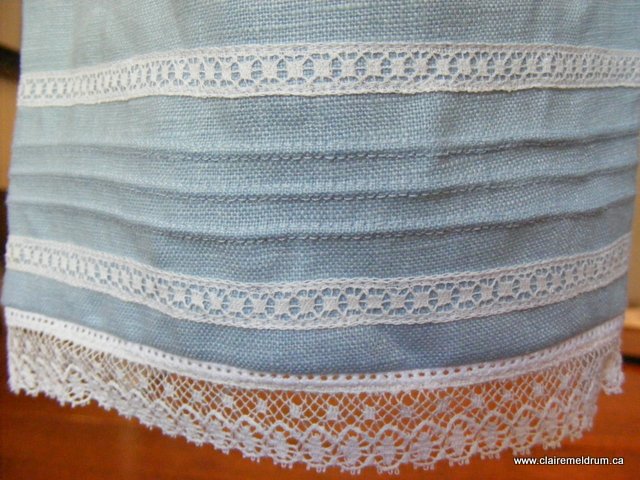 The pintucks around the pocket and the legs came out really well.  This linen is more substantial than a batiste and when I sewed an uncorded sample with my 2mm double needle, it just looked like top stitching.  It didn’t pop or give the fabric texture.  So I used #10 crochet cord (the same stuff I use to make my super fine piping), ran it in the groove of my pintuck foot underneath the fabric and it was exactly right.  Now I just need to finish up a little smocked dress I made for Celeste. Not much to do there: just the neck binding and the trim on the sleeves.  Maybe I’ll try and fit that in tomorrow.  Maybe.

I’ve also started on my Baltimore album quilt.  I have one border and four blocks traced, all of the fabrics washed and pressed, and I’ve started on my first block.  By the end of the summer I’d like to have at least 2 blocks done.  The basket was very easy to do but I’m struggling a bit with the leaves. 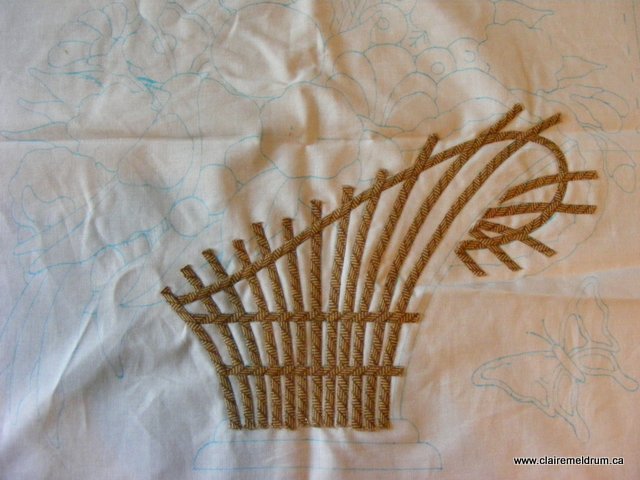 They have very round, curvy points.  It’s much easier to make a leaf with the starch method when something has a sharp point because it’s a fold.  You fold over one edge and press.  You fold the other edge and press.  Here I’ve got to deal with teeny weeny curves that fold and bulge.  I’m going to keep trying but if I don’t like the results, I may just redraw the leaves to give me easier points. 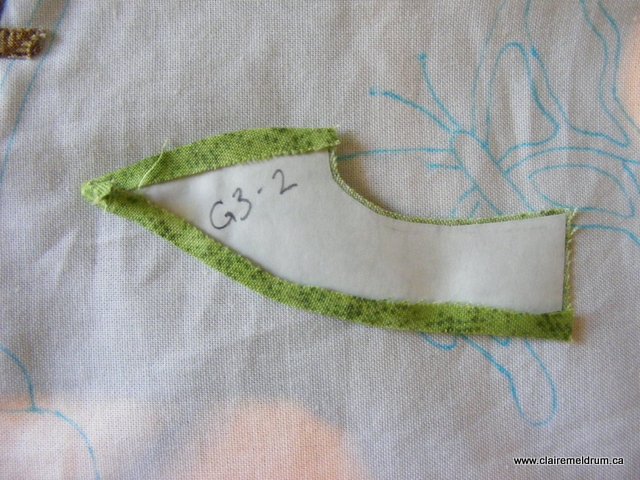 I’ve been working away at my EAC crewel course, too (sigh.  are we there yet?). 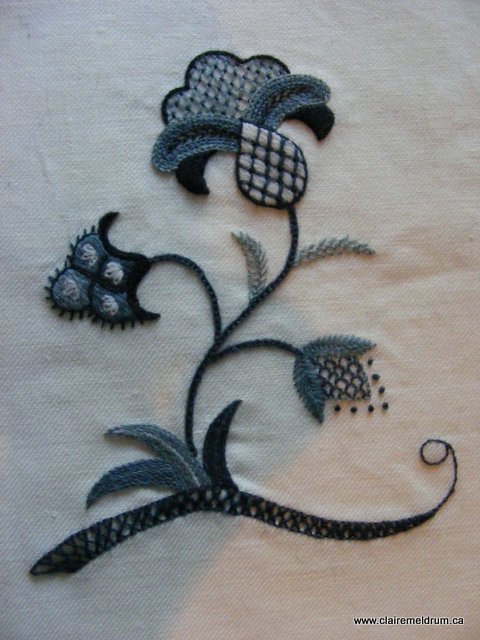 I have learned a fair bit but I still find the instructions dreadful.  Not that my tutor hasn’t been very good, and she’s given me very favourable feedback but I really feel I’m making progress because I’m already a strong stitcher who’s not afraid to improvise.  If you were a true beginner, you’d be lost!  I’ve got two more samplers to finish (my initial and the big end design).  I’ll get them done over the summer, too although I’m already ready to be done. 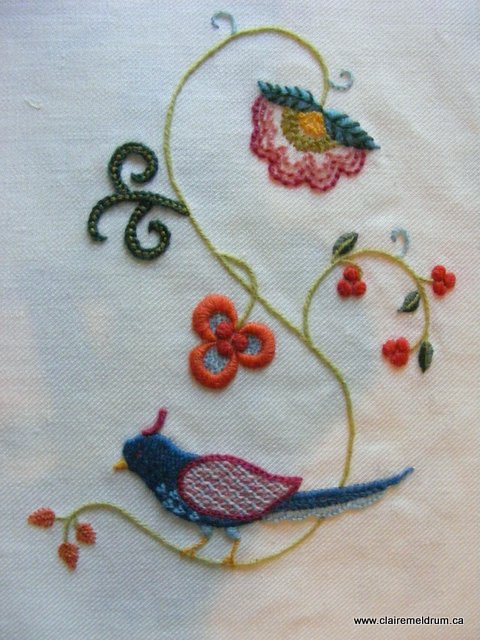