My Saturday with the Forest City Smocking Guild

Although it’s true that smocking is more popular in the States, especially in the south, there are still plenty of ladies here in Canada who love the art of smocking too.   This past weekend, I spent some time with the members of the Forest City Smocking Guild, who are located in London, Ontario. 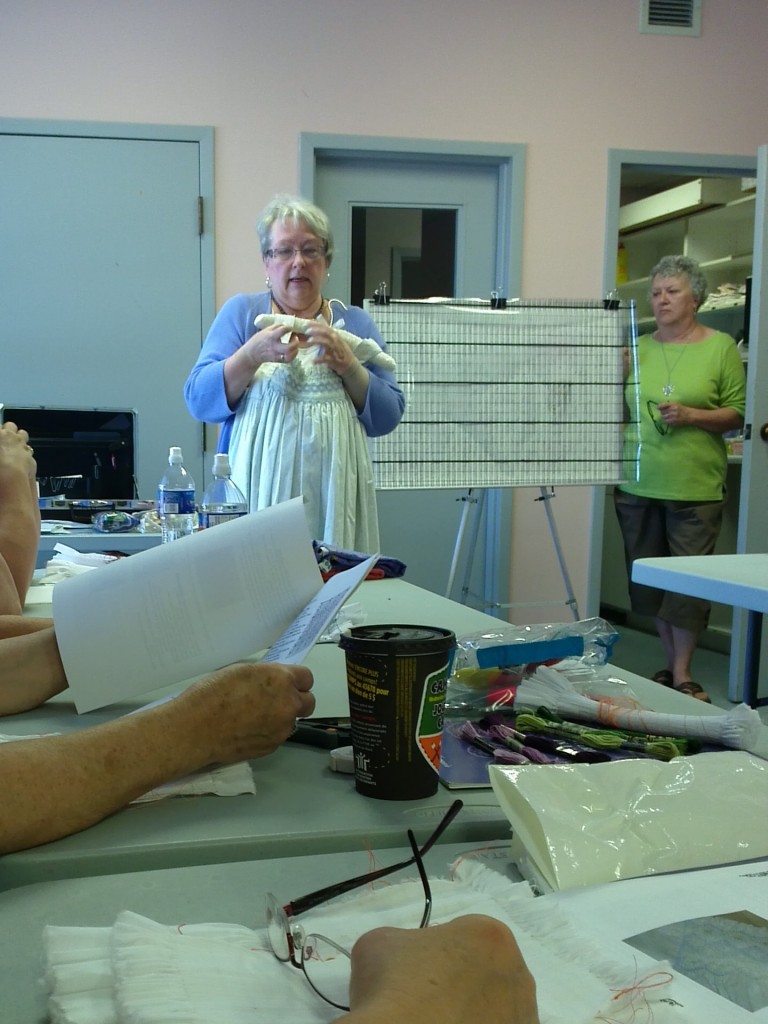 For those of you who aren’t up on your Ontario geography, it’s in the south west of the province, about half way between Toronto and Detroit.  It’s an hour and a half from my home, which means it’s too far to go for monthly meetings, but when I heard the guild was celebrating their thirtieth anniversary this year by inviting Judith Marquis to teach a one day workshop, I knew I wanted to go.  (Q: How do you know it’s a bunch of Canadians smocking?  A: There’s a Tim Horton’s coffee cup in the middle of the table!) 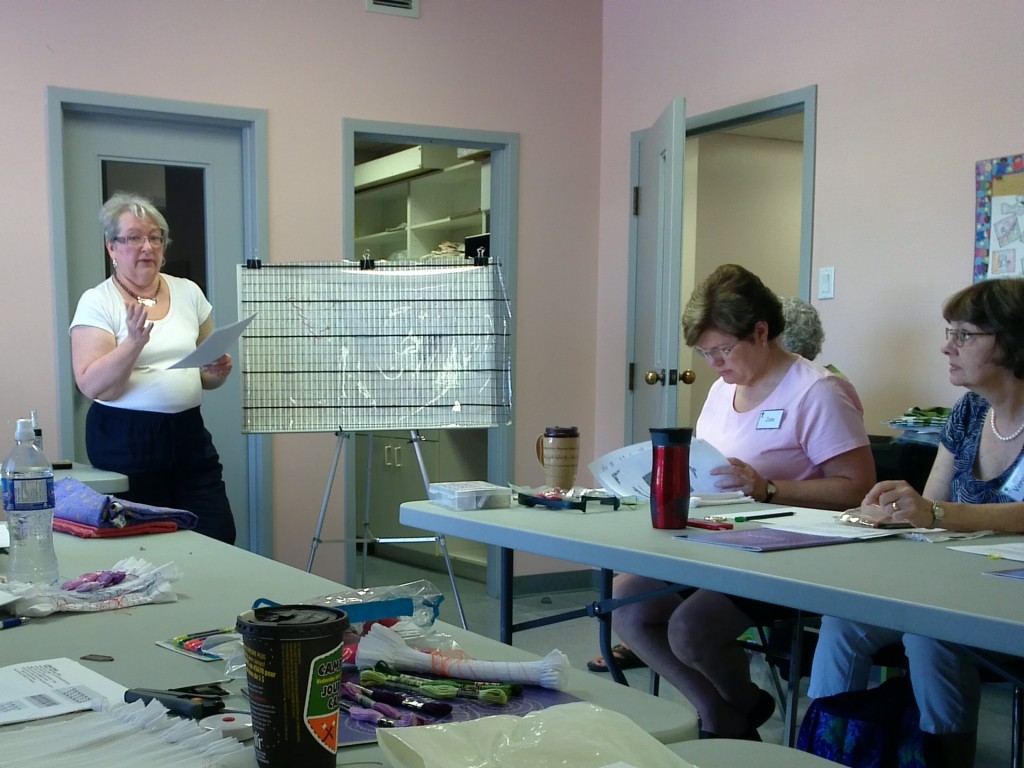 The class was called “Twisted Cables”.  What are twisted cables?  Well, Judith told us that a number of years ago, while she was working in a knitting store, she became intrigued by the cable knits and crossover stitches available to knitters.  She wanted to see if she could recreate a similar effect in smocking.   Here is the sampler I made following Judith’s instruction.  They really do look like knitted cables, don’t they? 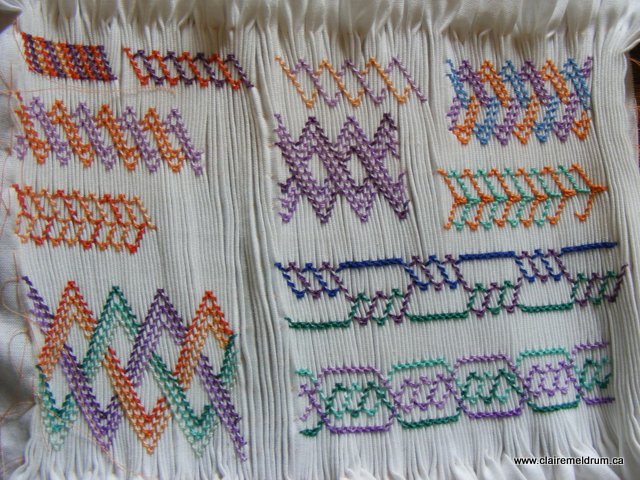 My sampler is a selection of different cable patterns.  Some have two ‘ropes’ (that’s Judith’s terminology), densely bunched, others are more open and feature three or four ‘ropes’.   Some of the ropes are shaded, other patterns have solid colours.  The variations that are possible are really limited only by the stitcher’s imagination. 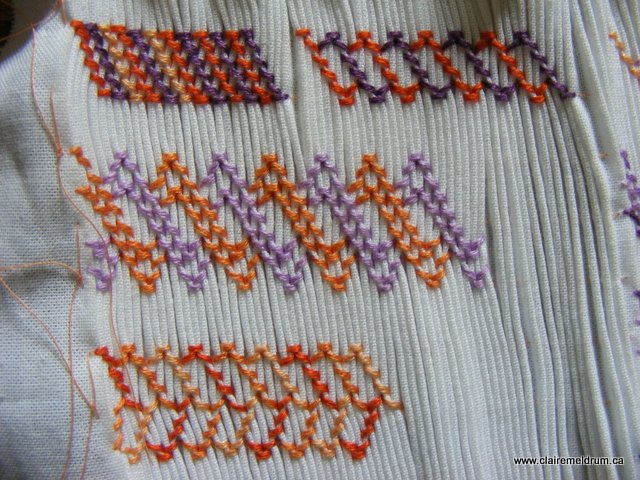 Some of the patterns are narrow, and would work beautifully on an armband.  Or they could be mirrored to create a whole design for a bishop or a partial yoke dress. 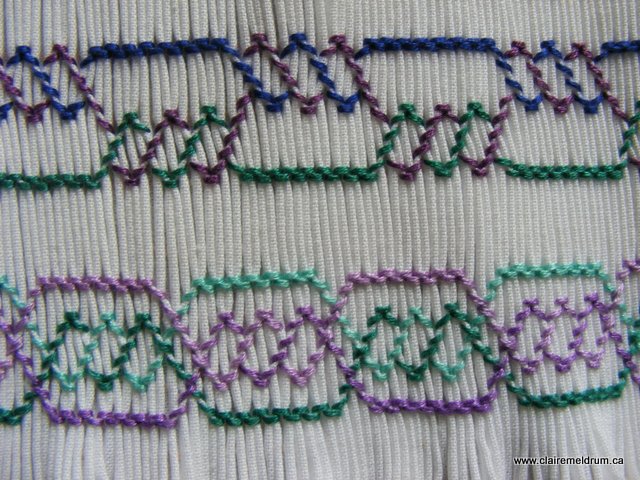 As the day progressed, we continued to work on increasingly complex designs.   I think this one is my favourite. 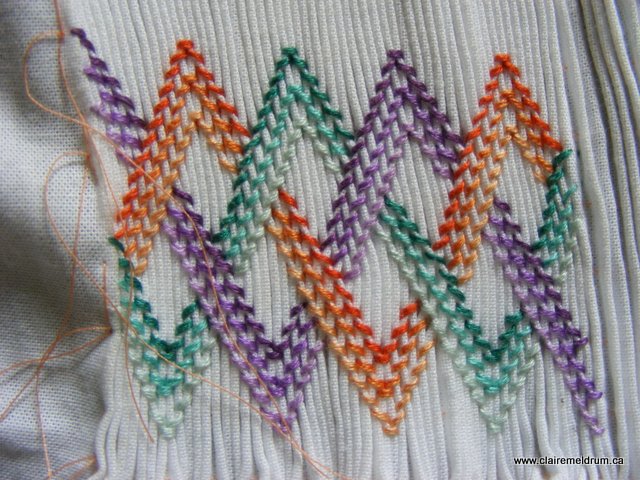 I would love to do a partial yoke dress with this design.  I think it looks like woven ribbons.  Isn’t the shading neat?  It’s a very simple thing to add but it immediately adds a sense of depth, simply by varying the same colour from dark to light.  Of course, my sampler colours aren’t gorgeous, but I chose them primarily for their contrast, so that I could easily follow each of the elements through the pattern, and when referring to the sampler for inspiration later, be able to identify the key components.

It was a lovely day.  I’ve taken classes with Judith before and she’s delightful.  She walked us very patiently through our strands, our ropes and our cables and if there were the occasional blank looks, it was operator error, not instructor error! 🙂   Perhaps it has something to do with my not so organized workspace?? Maybe?  Possibly?  🙂 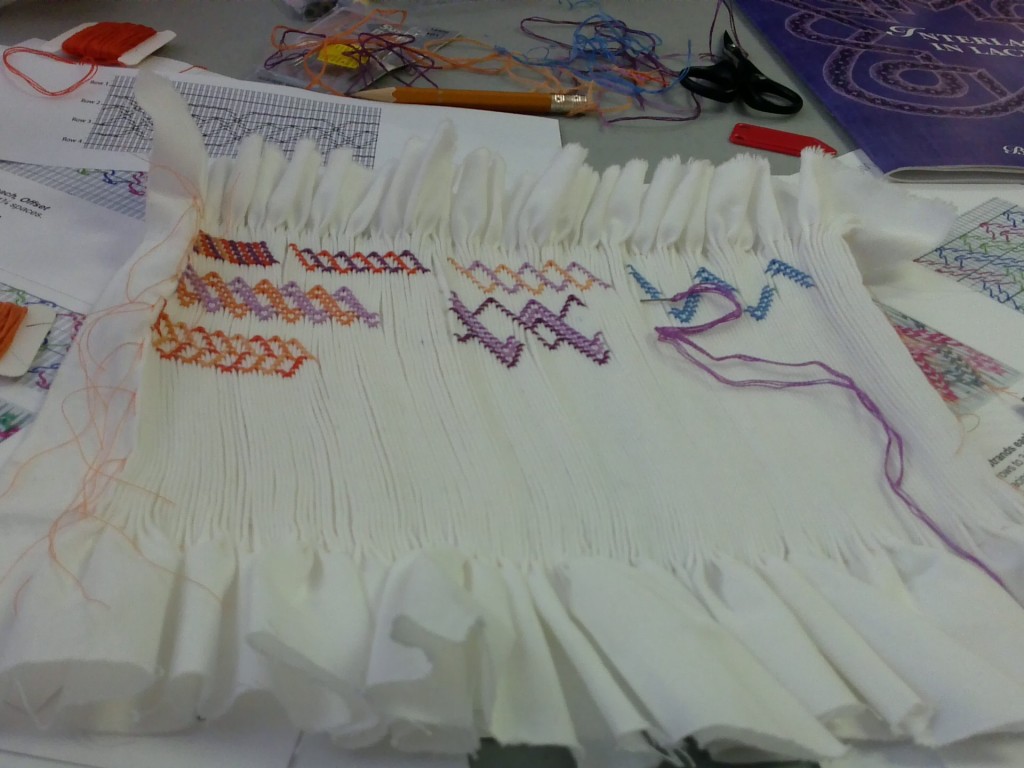 Judith also treated us to a show and tell, featuring her always impeccable designs. 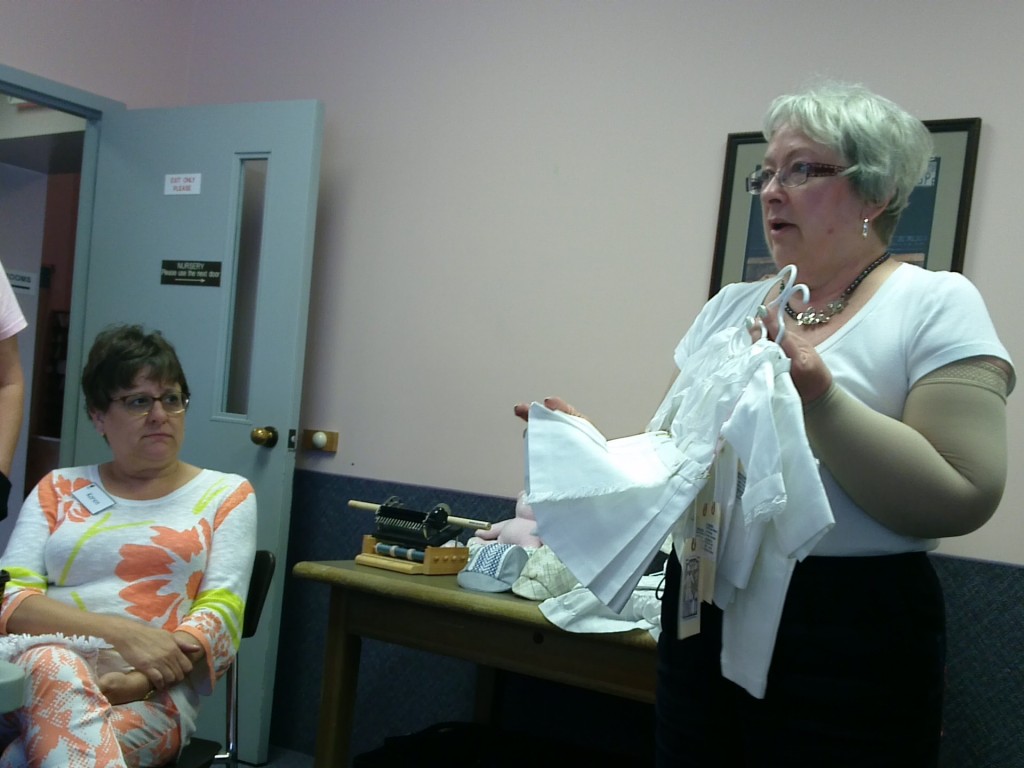 Lunch was a potluck and let me tell you, those ladies cook as well as they smock.   By the end of the day we were all well on our way to mastering these twisted cables. 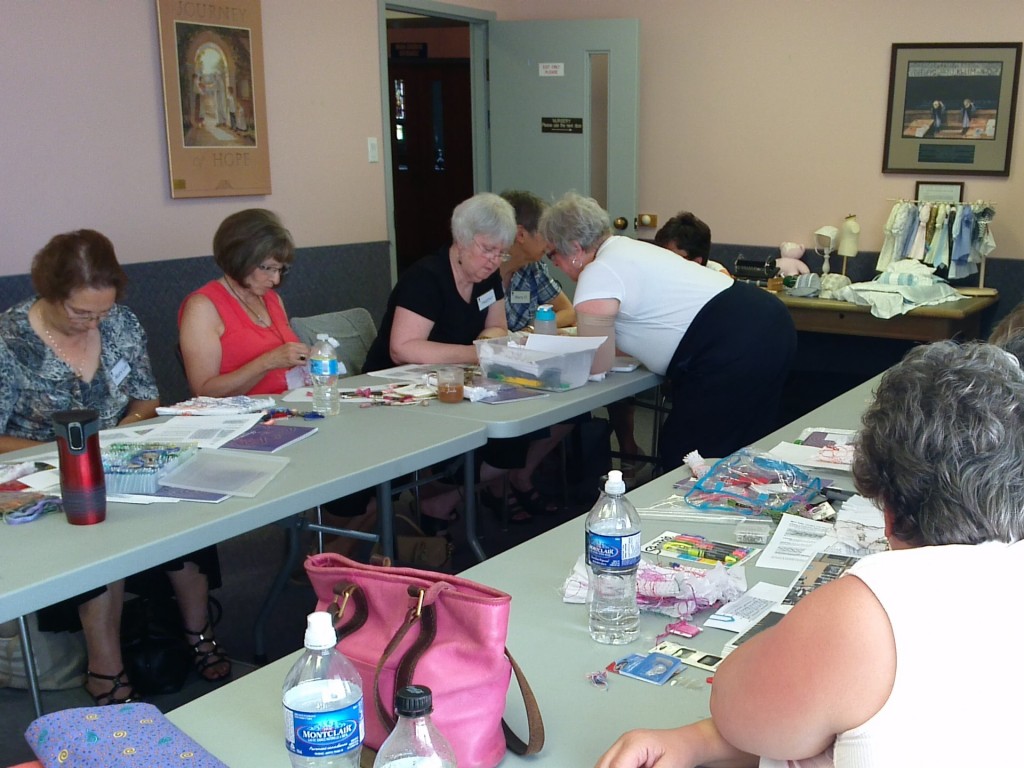 I always enjoy spending time with smockers.  Nobody looks at you oddly when you mutter to your thread, “Come on…just lie down, you little…” or have trouble understanding you when you talk with a needle in your mouth.  I hope to join the guild members again at their next workshop, because I had so much fun meeting them all.   If you want to find out more about the Forest City Smocking Guild including membership and upcoming events, check them out on Facebook.