A Wool Coat for David

Posted by Claire on Oct 13 2011, in Pattern review, Sewing for Children

I decided to join Elsie Marley’s Kids Clothing Week Challenge this year. A lot of people (more productive, organized people, clearly!) have been cranking out outfits at a tremendous pace. There are so many lovely outfits in the flickr group, too. However, rather than try and kill myself, I thought I would use the week to complete a project I had started and that needed a push to finish. I think that’s in the spirit of things, even if the boys’ clothing count doesn’t go up much.

This is a wool coat with faux-shearling trim and a quilted lining for David. 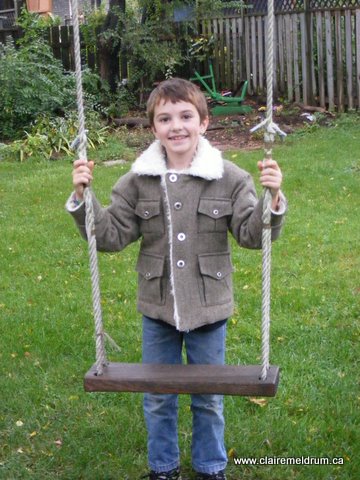 I think it’s safe to say, he won’t freeze in the coming months. It has a heft to it that only a real wool coat has, even in a child’s size. You pick it up and it feels substantial. As I’d mentioned in this post, he chose the fabrics and he really, really loves it. 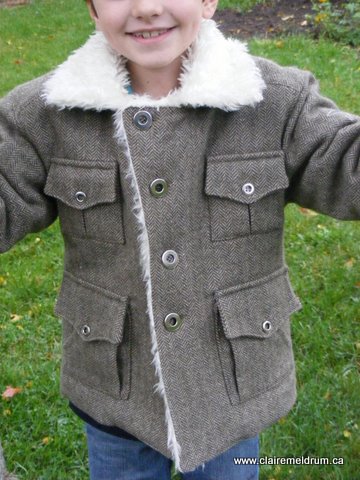 My sewing room looks like it had a run in with a sheep with alopecia. Lots and lots of fuzzy bits on the floor in other words, thanks to that fun fur. 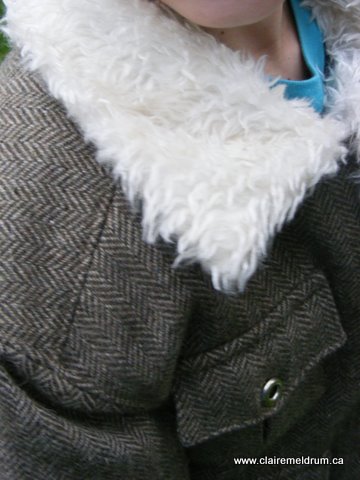 The pattern is “Polaris” from the Winter 2008 Ottobre and like always, went together like a dream, with tons and tons of lovely detailing to make it really special. 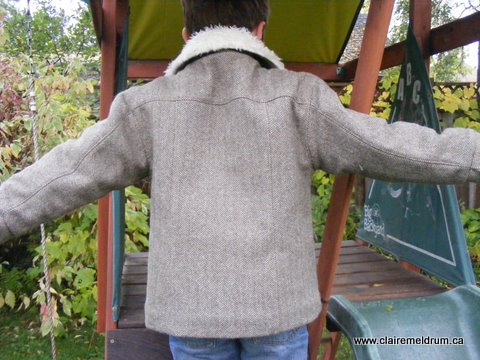 The pockets were somewhat challenging, only because of the bulk of the fabric but I steamed and I pounded them into submission. (I took them down to the work bench and hammered them flat. Bam! Bam! Bam! Excellent release of aggressive tendencies, sewing with wool is.) 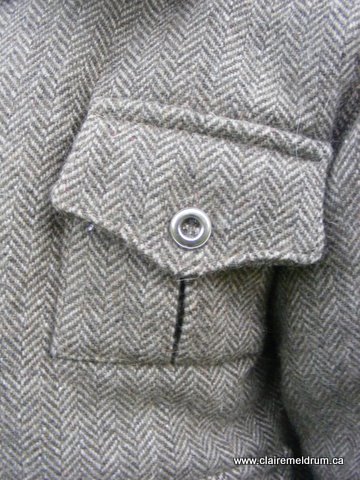 I embroidered a small star on the left sleeve. It is technically an applique design but I wanted something subtle, so I skipped the applique and used the wool fabric as the contrast to the metallic embroidery thread. 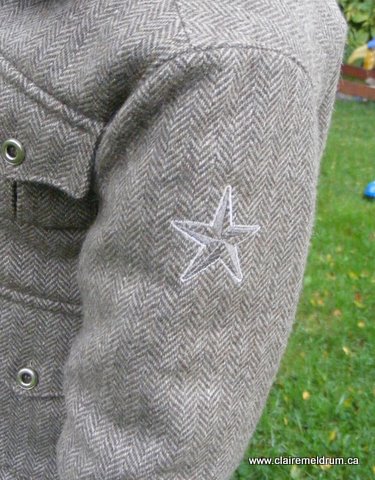 All of the seams are topstitched. I used my regular trick of 100% cotton quilting thread and it worked very well. Nice definition but no shredding or tension issues. 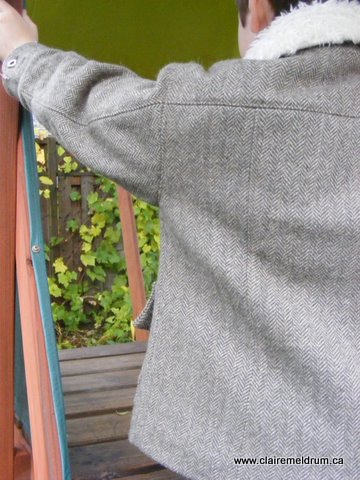 There were a lot of buttons and they had to be sewn on by hand, due to the bulk of the fabric. Twelve buttons later, they were done. They’re a nice metallic with a bit of texture in the interior but I really lucked out in finding them in two complimentary sizes. The big buttons are perfect along the front of the coat. The small buttons work perfectly on the cuffs and button flaps. 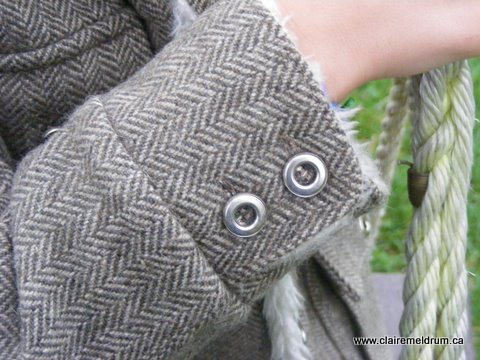 The buttons however were the only thing I did by hand. Everything else, even the lining, was sewn in completely by machine. 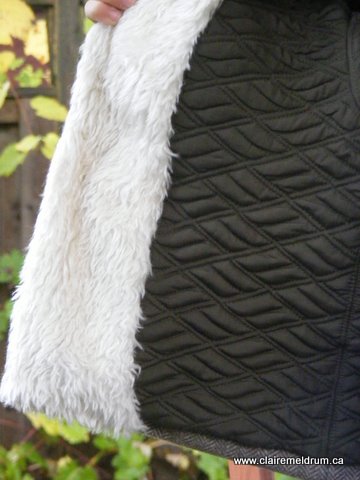 For the first time, I successfully bagged my lining entirely by machine. It looked like an octopus that had come out on the loosing end of a run in with an outboard motor for a while. All weird arms and inside bits. But I persevered and thanks to the wonderful bagging tutorial by Kathleen F at Fashion-Incubator, it came out looking as beautiful and professional as anything I’ve ever lined. 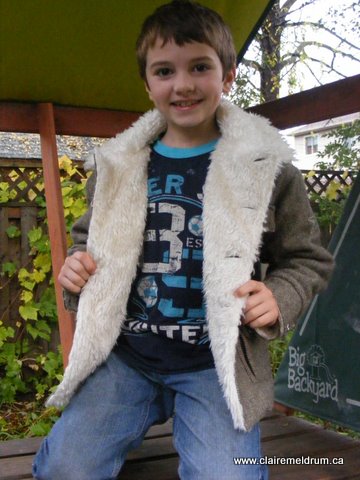 If I was giving this pattern a difficulty ranking, I’d say it’s a 7 or an 8. It’s not that the sewing itself is difficult but there are a lot of pieces to match, the fabrics require attention and some special handling to make them behave and there are a lot of small incremental steps that need to be done during the assembly that make this better suited for a confident sewer than a total beginner. 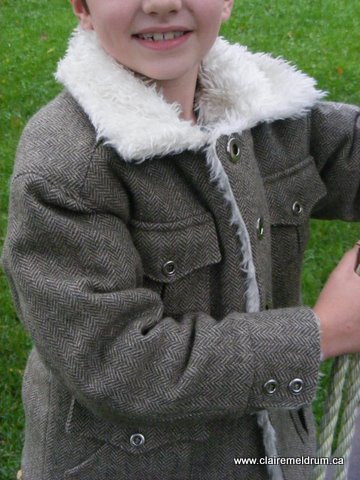