Despite being swamped by home renos (and we’re at the messy, everything everywhere, why did we ever start this job in the first place stage right now, and a long, long way away from totally forgot how much work it really was stand and admire and pat yourself on the back stage) I managed to get Plaid Stars pieced and ready to go to Alison’s for quilting.  The pattern comes from Simple Quilts & Sewing Winter 2011.

It’s a nice blend of traditional (the colours and the block style) with a less fussy, more modern interpretation.  There’s no sashing, and that immediately makes it a less formal quilt.  As I mentioned in my last post, I reinterpreted the quilt in cotton, rather than flannel and I’m really glad I did so. 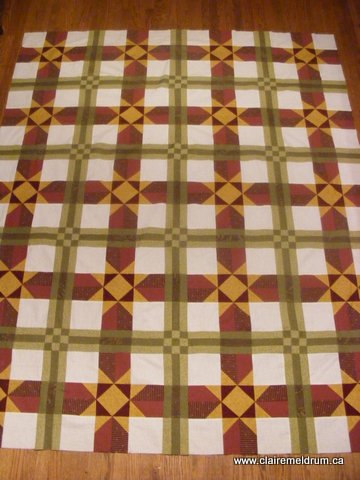 It went together very quickly and after the long drawn out process that David’s guitar quilts presented, it made a nice change. 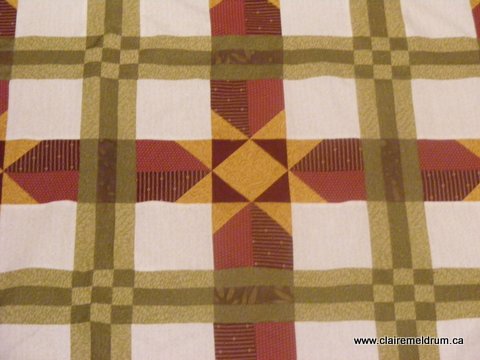 The stars were the trickiest part.  Well, not really tricky.  Just fiddly, since I really wanted the points to meet up neatly.  Pretty good, eh? 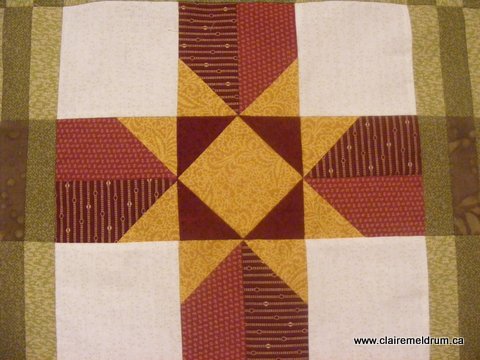 I also really paid attention to my seam allowances because I wanted to minimize bulk, given the busy sashings and all the seam intersections, and I have to say, with a few exceptions, it really worked out well and the back looks as nice as the front. 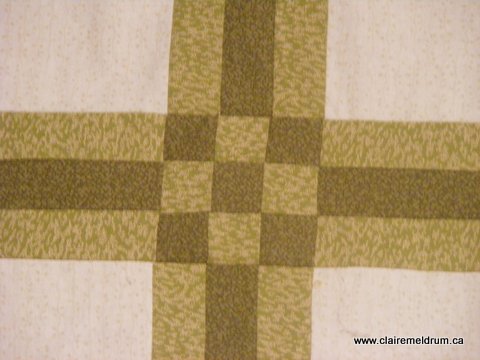 I still need to secure the edges with a straight stitch before it goes to be long arm quilted.  Next week, it should be on its way.  Hoorah!

So what’s next on the agenda, not counting the smocking and the fall sewing and the Hallowe’en costumes and the magazine projects and all the other stuff that I’ve got to squeeze in? 🙂

I’ve never made an applique quilt before, although I’ve done the technique on a small scale.  But who needs to walk before they can run?  Phh…that’s for people with sense and sanity.  I saw this quilt on Pinterest and fell IN LOVE.   Apparently, demand has been so exorbitant that it’s been delayed getting into the shops so I’ve been hounding the local quilt shop since May.    Is it in yet?  Is it in yet?  Is it in yet? I’m pretty sure my number will be blocked soon but I WANT IT!  NOW! NOW!  NOW!

Ahem.  As I said, I’m looking forward to starting this new project.  It’s going to be a gift for a close friend’s wedding next year, so I need to get cracking.

What about you?  Any wildly ambitious projects on the agenda or more of the same old, same old?